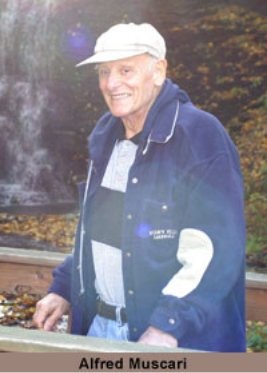 Fall Brook is described by early historian, Rev. W. M. Beauchamp as “One of the pleasantest points on the lake, where I made my first camp in 1847. It has always been a favorite spot for picnics and camps, and has its name from the pretty fall on the brook close by.”

An 1880 news item in the Syracuse Journal, reprinted in the April 21, 1880 issue of the Skaneateles Free Press, states the there was a “happy, healthy party of campers” at Fall Brook. “The point is a fine one,” the article continues, “and in good condition. The fishing is good. A flagpole, forty feet high, shows the stars and stripes. A small cannon answers the display of the flag.. A cornet makes the hills echo and re echo.”

An early deed shows the property conveyed by Cordelia and John Chamberlain to Avis Van Wagener in the year 1888. The next owner, George Hey, a lawyer, built a summer cottage there. He sold the point to Hendrick Holden in 1894.

John Barrow, in his book Around Skaneateles Lake, writes, “The next point, Fall Brook, is now owned by Mr. Hendrick S. Holden who bought out Mr. Hey. He has two beautiful cottages, one quite large and has spent much money in grading and civilizing his grounds.”

Fall Brook Point is known by the old timers as “Holden’s Point.” Mr. Holden, a Republican from Syracuse, was a New York State Senator. He was also one of the first to sit on the Board of Directors for the Syracuse newspaper, The Post, in 1894. He was probably the builder of the main stone house of 15 bedrooms and the upper guesthouse of 3 bedrooms. The main house was probably built in the 1890’s.

Mr. Holden enjoyed holding parties in the summer on his beautiful point. The July 6th issue of the Syracuse Sunday Standard describes a Fourth of July party (reprinted in the July 12, 1895 issue of the Skaneateles Free Press) held by Mr. Holden as the following:

“Through the characteristic generosity of Mr. Holden, the steamer Ossahinta made a circuit of the upper end of the lake, stopping at Glen Haven and the numerous cottages to afford transportation to those who had previously received invitations. The evening was perfect. The limpid waters of the lake were gently stirred by a breeze from the south and everything was in harmony with the occasion. The steamer reached Fall Brook pier a little after 8 o’clock and the 200 guests on board were met by Mr. Holden and on their way to the cottage while passing over a pretty rustic bridge were received by Mrs. Holden and her sisters, Miss Stewart and Miss Minnie Stewart. The cottages and spacious grounds were gaily enlivened with Chinese and Japanese lanterns of various colors. Many additional guests came and from the broad piazzas and the lawn, 300 people were entertained for nearly an hour and a half with an elaborate display of fireworks in endless variety. The rockets and roman candles were visible from all over the lake region, which was frequently in a ruddy blaze during the great fire illuminations. Several balloons were sent up and as they were wafted down the lake by the south wind were watched until they disappeared in the distance. After the fireworks, refreshments were served. At about 11 o’clock the Ossahinta took the near cottagers to their respective homes, then returned for those who lived farther away. The enjoyment of the evening was fittingly enhanced on the return trip by the splendor of the full moon.”

Devastated by the death of his son in World War I, Mr. Holden sold the house and never returned to the point. He also owned a 28 to 30 foot inboard motor launch named “Slipper” which he sold at the same time to Allie J. Hoffman, a druggist in Skaneateles.

(Hendrick’s father was Erastus Holden, a coal dealer from Syracuse who had an observatory built at Syracuse University in memory of his son Charles. Charles was a freshman is the class of 1877, co-founder of the SU crew team, and a star basketball player. He died of a heart ailment before he could graduate.)

The camp was then sold to the David Bissell family of Pittsburgh, Pennsylvania. They used it as a summer camp – mainly Mr. & Mrs. Bissell and Mr. Bissell’s mother who was the matriarch of the family.

(Melville Bissell, her husband, a mechanically inclined person, invented a carpet sweeper to aid his wife, Anna, in cleaning up at the days end in their small crockery shop in Grand Rapids, Michigan. The sweeper business became very successful, with a patent being issued in 1876, and a manufacturing plant built in 1883. When Mr. Bissell died 1889, his wife took over the business, becoming the first female corporate CEO.) Elsie Gutchess, Historian for the Town of Dryden and former resident of Fall Brook, remembered seeing a picture of Mrs. Bissell, a rather large person, sitting on the front porch. And when the Bissell family moved out, Elsie said 12 Bissell vacuum cleaners were left behind in the attic.

The Bissells sold the camp to Frank Godwin in the 1928. Included in the sale were all the contents of the cottage – household goods, furniture and furnishings etc.

Mr. Godwin was a prominent artist and magazine illustrator of the Norman Rockwell style. He drew two syndicated comic strips, “Connie” from 1927 to 1944, and “Rusty Riley” from 1948 to 1959. He also worked in oils, painting the murals for the Kings County Hospital in Brooklyn, N.Y. and for the Riverside Yacht Club in Greenwich, Conn. Among his earlier work, as staff artist for the Philadelphia Public Ledger, he drew the covers for the Sunday magazine section and illustrated its fiction.

Mr. Godwin used the point as an art colony. He built a third-floor studio and several out buildings. He had a reputation for having wild parties there. But when his third wife, Sylvia, left him, he was so heart-broken that he hurriedly left the camp, leaving behind paintings and a full Sunday paper layouts on his easel. (Elsie said that her mother carefully packed up all his artwork and sent it down to him in Pennsylvania.)

The house remained empty for 20 years or so. In the summer it became a fun place for Syracuse University students. They would come to Skaneateles, rent a boat and row down the lake to the point. The house there was still furnished with furniture, linens, silverware and dishes, etc. According to Elsie, these items eventually disappeared – some destroyed, some stolen. Some of the furniture did survive though.

Around 1942, Mr. Clair B. Gutchess and his wife, Irene, were living at Carpenter’s Point. They had a large family and needed a bigger camp. They inquired about Fall Brook, but realtors told them it was not for sale (The Gutchesses were lumber people and had a mill near Glen Haven.)

So Mr. Gutchess and his wife drove to Mr. Godwin’s home in New Hope, Pennsylvania. They did not receive a warm reception; Mr. Godwin was painting at his easel in his studio and ignored them. But when he learned that the family would not try to develop the land, rather the camp would be for the use of their six children, he said, “That place should have children round it. You can have it.” So he sold the point to them in 1945.

When Mr. Gutchess died, his family found it hard to maintain the property. His daughter, Elsie advertised the house for sale in the New York Times and received replies from around the world. In 1983, she sold it to Alfred and Josephine Muscari of Springfield, in Delaware County, Pennsylvania. (a western suburb of Philadelphia.)

Mr. Muscari, originally from Brooklyn, New York, is a civil engineer, specializing principally in bridges and subways. (He was responsible for overseeing the construction of the Washington D. C. subway system.) Fortunately retired when he became aware of Fall Brook, he and Josephine devoted their attention to the property and its much-needed restoration. For the grounds were in a sad state of disrepair – the house was boarded up, bats and bees resided in the attic and the vegetation was overgrown.

Being an engineer, it is no surprise that Alfred added roads and even a bridge for access to the South and North ends of the property. Meanwhile Josephine, an avid horticulturalist and noted flower show judge, set about beautifying the grounds with flowers etc. 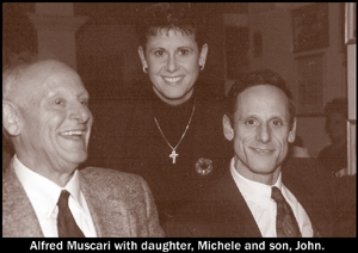 After Josephine’s death in 1995, her son John and daughter Michele, entered into a limited partnership of the property with their father. Alfred was always very proud of Fall Brook and the work he and Josephine had done. It was always his goal to preserve the natural beauty of the property while making improvements. Alfred died in September of 2007. The love that he and Josephine shared for each other, life and Fall Brook is everywhere you look on the on the property. From The Love Nest to the gardens, naming of roads and the attention to the smallest details, Fall Brook Point became something better because of their vision and the love they shared for each other.

Still in partnership between John and Michele, Fall Brook Point continues to be a very special place for the children and 8 grandchildren of Alfred and Josephine. This new generation of guardians is dedicated to the vision and the responsibility now passed on to them of preserving Fall Brook Point for the time they are blessed to be her overseers.

Today people from all over the country make their way to Fall Brook in the summer. Many come for family reunions and to enjoy the beauty of the lake, the company of one another and to experience the history and harmony that is so uniquely Fall Brook.

Acknowledgement: We would like to thank Beth Batlle, Skaneateles Town Historian. Her thorough and tireless research has restored meaning to Fall Brook and documented forever its special place in history. Thank You Beth!